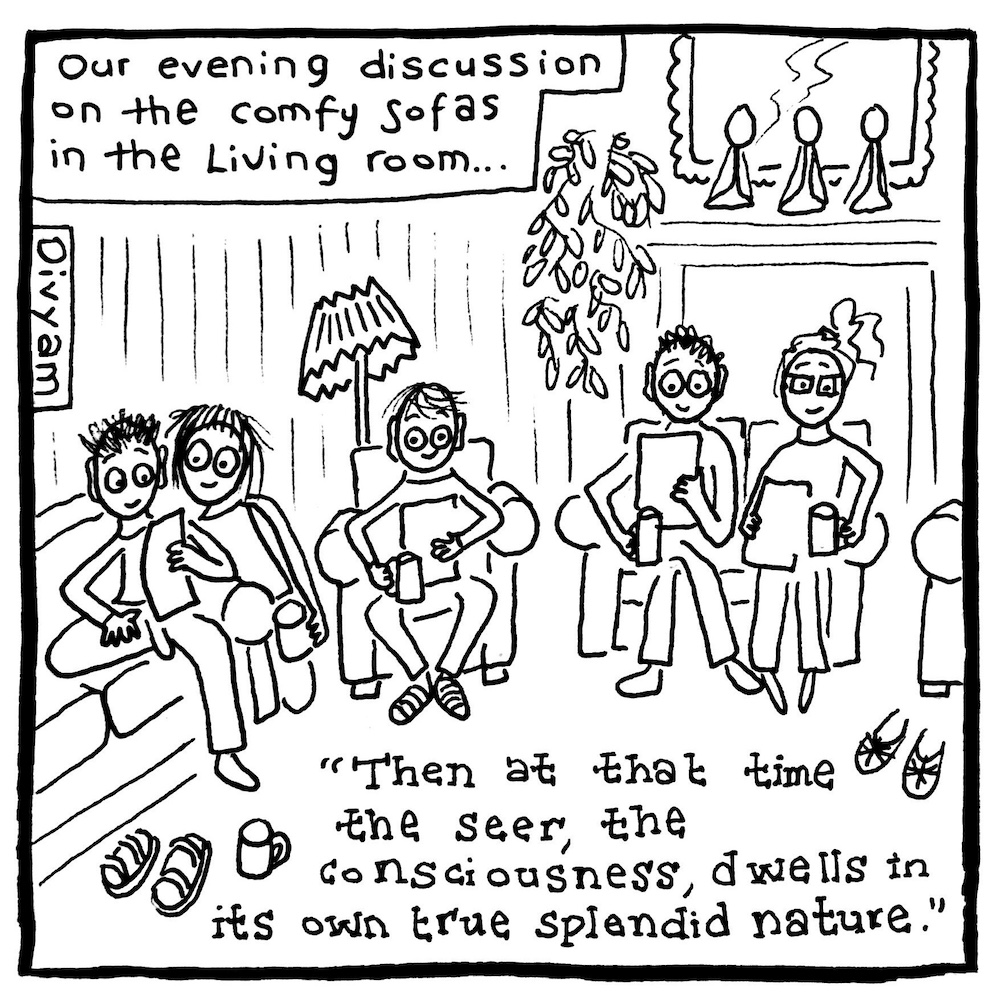 One of the things I love about making art in general and about making comics in particular, is how interactive it can be. And this past week has been filled with lovely conversations in and around my diary comics project.

Two weeks ago, I drew a comic of Mario, the chef at our favourite pizza restaurant, Pizza East Kentish Town. When we returned a week later, I showed him the comic and he loved it! When we returned a week later, the manager said he had seen the comic and loved it too and they were planning on printing it and hanging it on the wall of the restaurant! The second chef Gabriella, came over to say hello and asked if she could be in a comic too. How could I refuse? 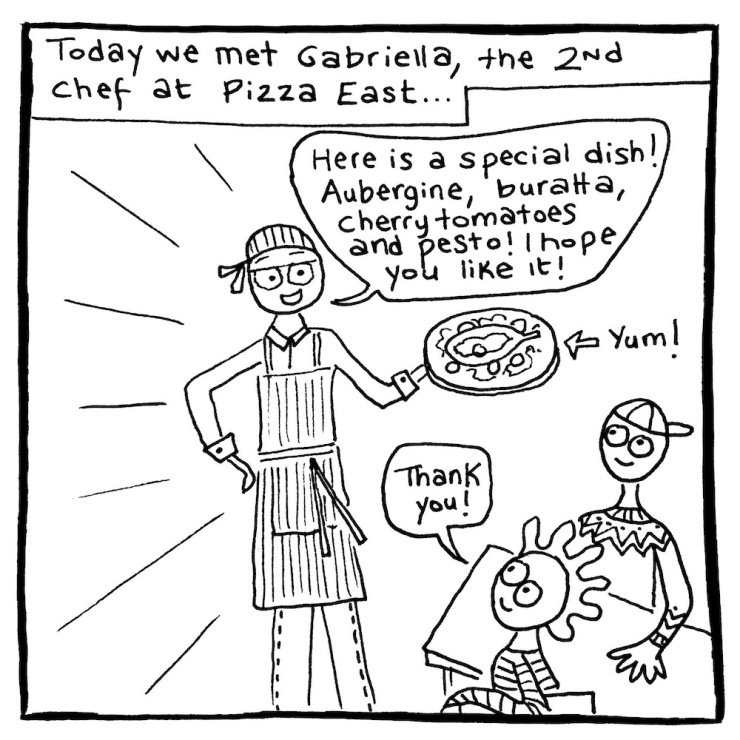 Most of the past week has been spent at a yoga retreat at Poulstone Court, a beautiful big house in the Herefordshire countryside. Each night we gathered on the comfy sofas in the lounge to chat and discuss some really interesting elements of yoga philosophy. I would get in there a little early and start on my daily comic. Pretty soon it became a feature of the day, discussing which moment to choose, and showing the finished comic to my friends, which reflected elements of my own experience  and often theirs too.

There are many moments which didn’t make it into the comics, some of which included glimpses of the beautiful home-made cakes that we had every day at tea time!

Here are the comics from the past week. Enjoy! 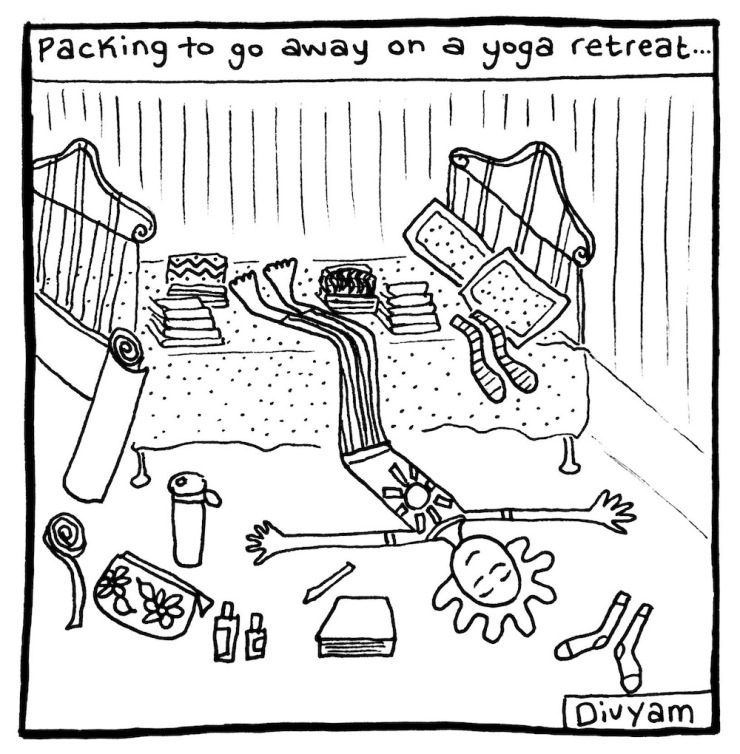 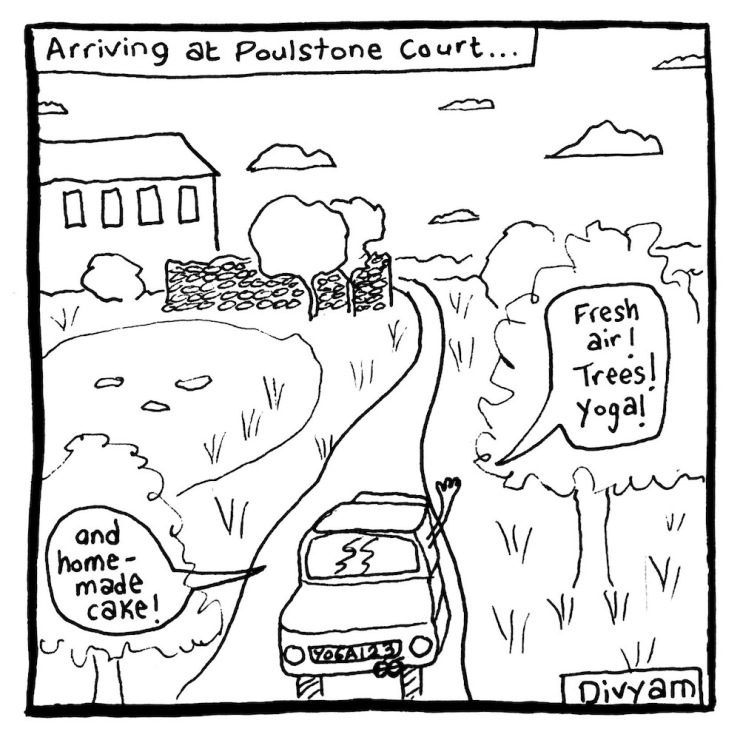 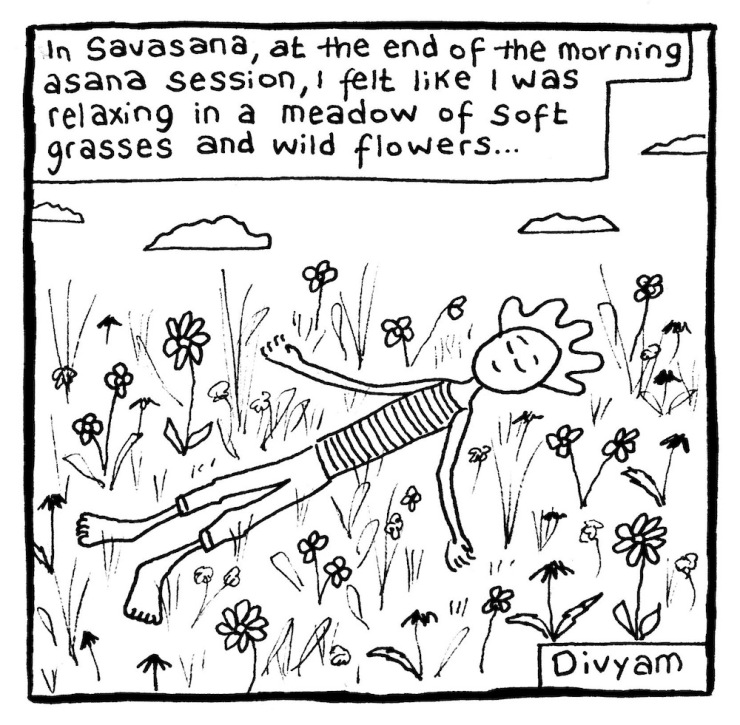 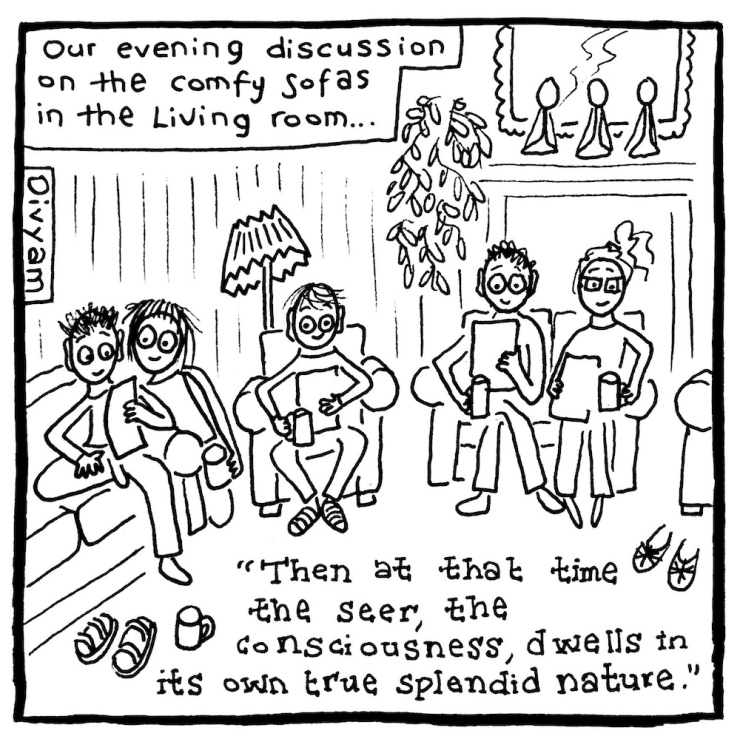 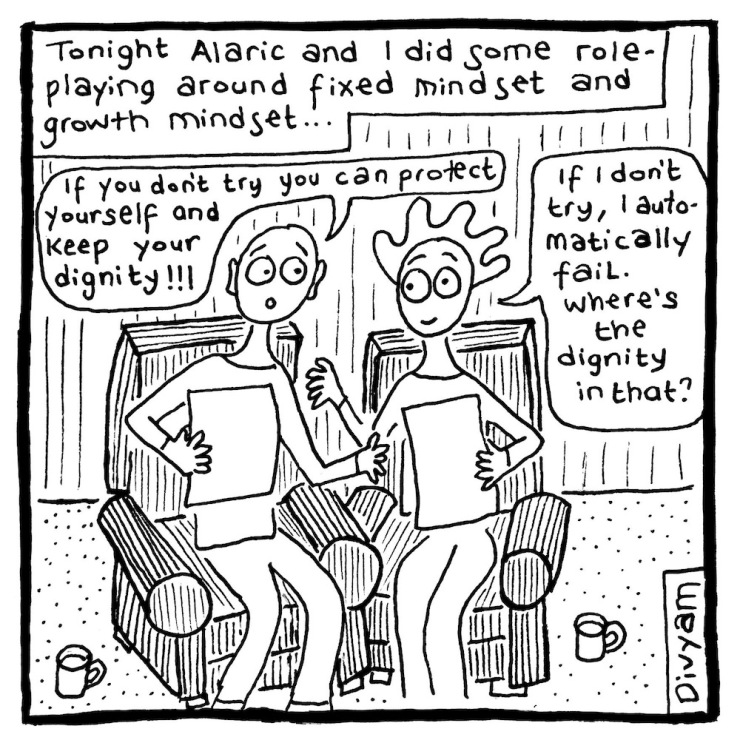 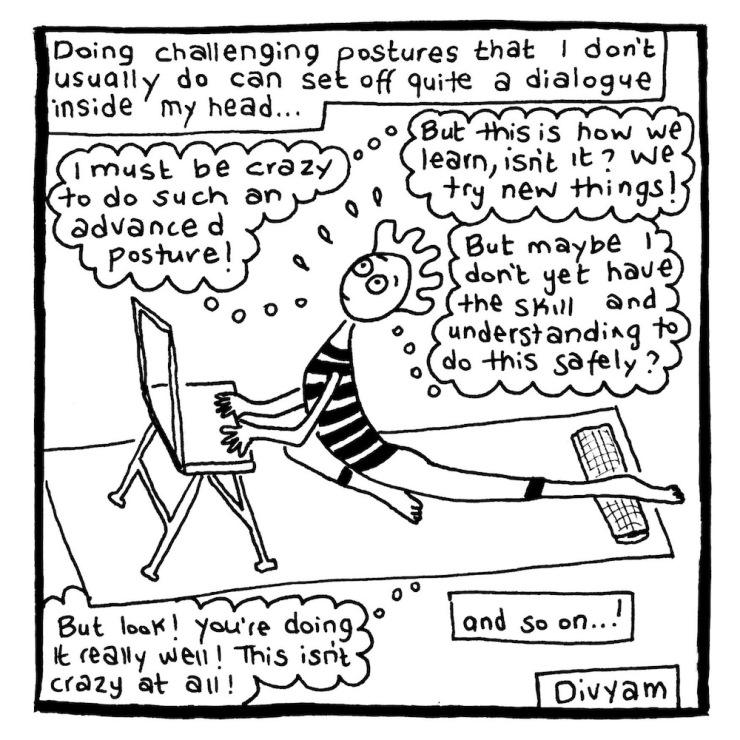 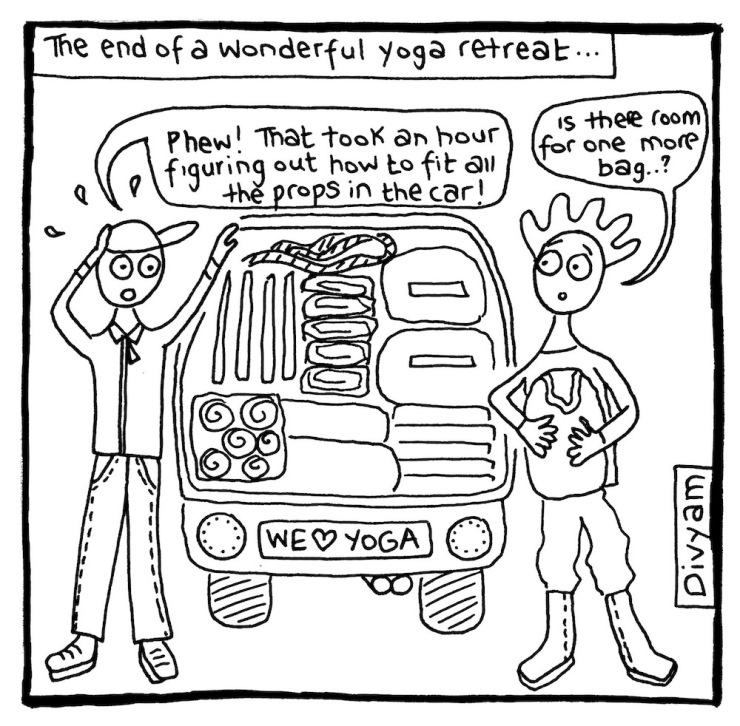 Thanks for joining me on this comics journey. Wishing you all a lovely week!